The Show Must Go On

Dynamics Physiotherapist Dean Cook knows only too well how challenging the panto season is. Check out this interview with Dean below, written by Jannet Wright for Frontline Magazine.

If Cinderella’s ugly sisters hurt their feet as they squeeze into her glass slippers at Southampton’s Mayflower Theatre this Christmas, they won’t have to limp far for help. Local physiotherapist Dean Cook is just a phone call away.

His role in theatre started in an appropriately dramatic fashion.

‘I had a desperate phone call from the company manager of a touring show to see someone late on a Saturday evening,’ says Dean, who has his own clinic, Dynamics, just outside the city. ‘He was very concerned about one of his dancers having an ankle injury and whether it needed an x-ray.’

Dean raced to the spot, did a rapid assessment and got the performer back on stage for Monday. From then on, he has been the man the touring company managers call if any of the cast or crew gets hurt in Southampton.

‘Actors and dancers are very passionate about what they do – it’s drastic for them if they can’t go on stage,’ he says. ‘But they know their own bodies, they know if something isn’t right. They won’t leave something to see how it gets on, they want to have it looked at immediately.’

He is often asked to see a performance of the musicals and pantomimes at the Mayflower, to get a better idea of what people are doing (the rehearsals are over before the tour starts). ‘It’s very interesting to be back stage,’ he says. ‘And with pantomimes in general, there’s quite a bit of playfulness.’

These days no one risks spinal pain in their role as the back legs of a horse in the sort of pantos shown at big theatres like the Mayflower. They are more sophisticated, with spectacular dance routines, lasers and special effects.

The downside of pantomimes, compared with regular musicals, is the heavy schedule, with frequent matinees. There’s a higher risk of overuse injury, and cumbersome costumes can add an extra strain. The short season also means performers are even more anxious not to miss a day.

‘You try to work with the company and make suggestions,’ says Dean. ‘For example – if this dancer comes back to work, is there an opportunity to make a few adaptations – perhaps slightly different steps, or if there’s a lift causing problems could it be taken out or done by someone else? You build quite a rapport with the touring company managers over the years, and they respect your assessments.’

Dean rarely sees any major accidents, as safety problems have been ironed out before the shows go on the road. But he advises any physio interested in working with dancers that they’ll need good manual therapy skills to deal with the common soft tissue injuries.

‘You’ve got to be quite flexible because you need to work late in the evening and at short notice,’ he adds. ‘I suppose you have to enjoy working that way.’

Contact our team of therapists to see how we can help you get back to the activities you love. 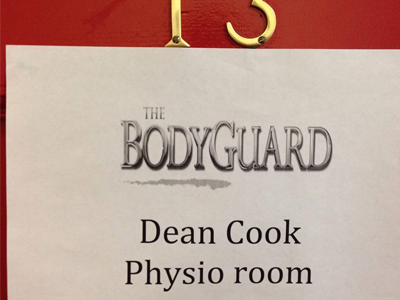 Busy times working with the sell out show ‘The Bodyguard’

Get prepared For Your Winter Sports Holiday! 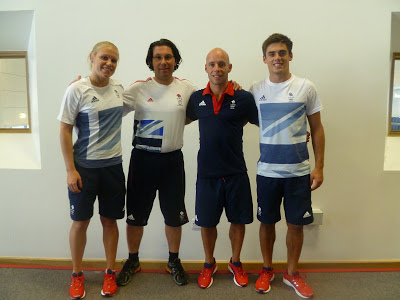 As a healthcare essential service we are able to stay open for face to face appointments throughout the lockdown period.